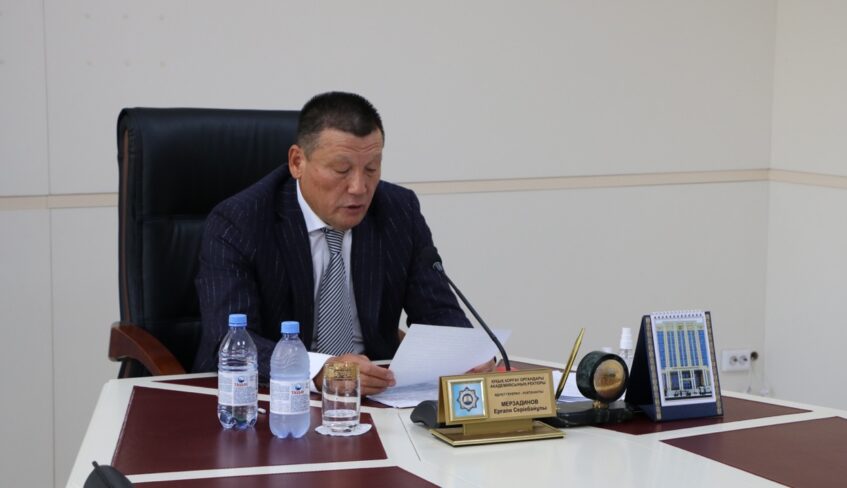 Today, the Law Enforcement Academy under the Prosecutor General’s Office held an online session of the Criminological forum on the topic “Criminal prosecution: separation of powers of pre-trial investigation bodies and the Prosecutor”.

Members of Parliament, representatives of the Presidential Administration, the Office of the Prime Minister, the Supreme court, law enforcement and special agencies, the scientific community, as well as foreign experts took part in the discussion of the agenda.

Deputy Prosecutor General Marat Akhmetzhanov, Deputy Executive Director of the Foundation of the First President of the Republic of Kazakhstan – Elbasy Igor Rogov, member of the Constitutional Council Johan Merkel, and Deputy Head of the OSCE program Office in Nur-Sultan Diana Digol addressed the audience with welcoming words.

During the meeting, topical issues of improving the Criminal Procedure Law, improving the efficiency of pre-trial investigation and Prosecutor’s offices were raised.

As noted by the participants of the meeting, the criminal process is being consistently improved in Kazakhstan, new approaches and tools are being introduced.

The 2017 constitutional reform gave the Supervisory authorities responsible powers. One of the important innovations was to give the Prosecutor’s office the power to carry out criminal prosecution on behalf of the state. The new version of article 83 of the Constitution emphasizes the leading role of the Prosecutor in initiating the prosecution of persons guilty of criminal acts, and consolidates the efforts of all law enforcement agencies to fight crime.

Based on this, the powers of the Prosecutor in the Criminal Procedure Law require bringing them into full compliance with the constitutional requirements, developing a conceptual model of the criminal process with a clear division of powers between investigators and the Prosecutor.

As part of this work, the Academy conducted a scientific study, which resulted in amendments to more than 145 norms of the Criminal Procedure Code.

The proposed by scientists procedural transformation of the criminal prosecution function provides pre-trial investigation bodies with all the opportunities for a comprehensive and complete study of criminal legal events, increases the role and responsibility of the Prosecutor in criminal prosecution.

All this is aimed at strengthening the protection of citizens’ rights in criminal proceedings.

During the meeting, there was a wide and interested discussion of the results of the study, new initiatives, positions and opinions were voiced.

As a result of the forum, a number of recommendations were developed aimed at modernizing the criminal process, strengthening the rule of law, and strengthening legal standards in the field of criminal prosecution.