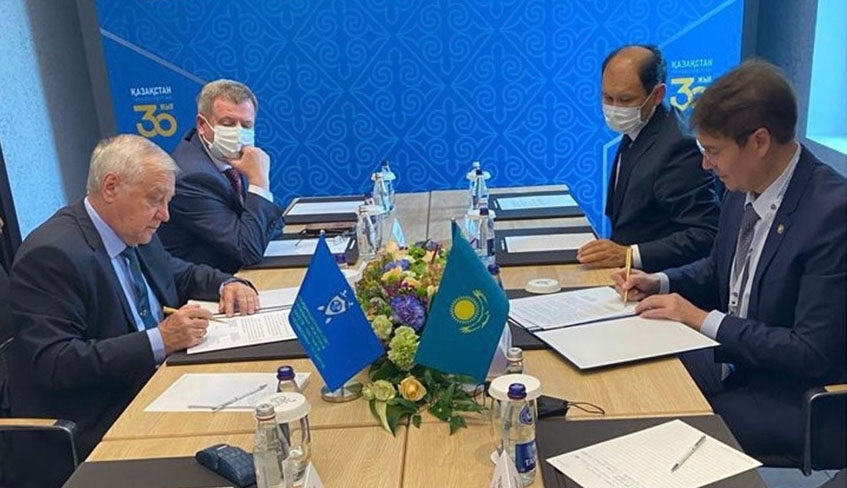 In Nur-Sultan, the Rector of the Academy Timur Suleimenov met with the Executive Secretary of the CIS CSGP Vladimir Zimin, as well as the representative of the CIS Executive Committee Igor Malashevich.

During the event, the prospects for further activities of the Academy as a Basic organization of the CIS member states for retraining and advanced training of employees of the Prosecutor’s office were considered and a cooperation agreement was signed.

The document will make it possible to more effectively consolidate efforts in scientific and educational activities, exchange legal information, as well as interact in the development of international and other documents.

The parties expressed confidence that the Agreement will serve as a significant impetus for strengthening partnerships and deepening cooperation in the training of prosecutors.