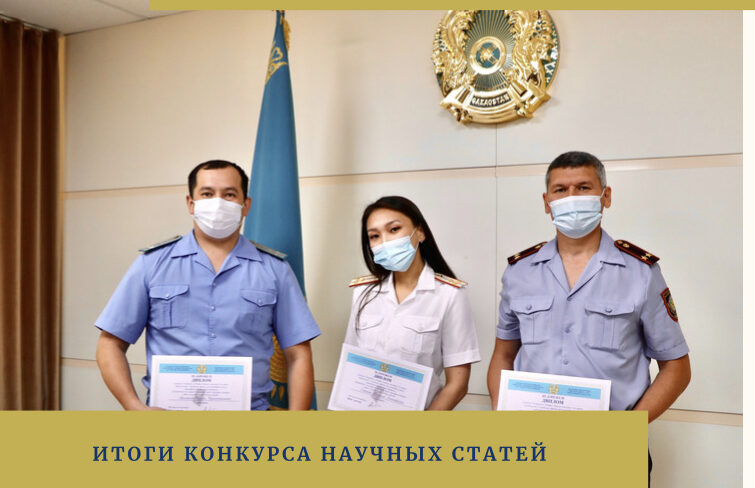 The Academy of Justice under the Supreme Court of the Republic of Kazakhstan held a republican contest of scientific articles by young scientists.

In total, about 50 works of undergraduates and doctoral students from 7 universities of Kazakhstan in three thematic areas were submitted for the competition.

The works of students of the Academy of Law Enforcement Agencies were highly appreciated by the competition commission, prizes were taken in each direction.

On the topic “Topical issues of the application of the norms of substantive and procedural criminal law”, the 2nd and 3rd places were awarded to the works of undergraduates Sabitova T. A. and Arystanov N. M., respectively.

The winners of the competition were awarded diplomas in a solemn atmosphere.

Director of the Institute of Postgraduate Education Saule Saparalieva noted the high quality of the competitive articles, congratulated the graduates with a well-deserved award, and also thanked the scientific supervisors of the students for the quality work done.